“With experimentation, you think you’re going to find out one thing, but you actually discover something else… more than you bargain for.”

Experimentation has always been a fundamental feature of each of her projects from the very beginning: with her pioneering intuitions, Zaha Hadid has certainly revolutionized the concepts of architecture and design of the twenty-first century.

Born in Baghdad in 1950, the famous architect began her education with a mathematics degree at American University in Beirut, then moved to London in 1972 to pursue her studies in the field that became her world: Architecture. In 1977 she graduated from the Architectural Association, a place that left a mark on her career in several respects. It was here, in fact, where she met Rem Koolhaas and Elia Zenghelis: initially her professors at the London institute, the two architects later on brought Zaha Hadid into the prestigious studio Office for Metropolitan Architecture in Rotterdam, where numerous building projects and city plans around the world blossomed (and continue to blossom). The Architectural Association of London was also one of the institutes in which Hadid taught.

In 1979 the architect – or “archistar“, as many would define her later, inaugurated her Zaha Hadid Architects studio, which is still active in the design of residences, sports clubs and infrastructure of various kinds, keeping alive the remembrance of Hadid who died March 31, 2016 in Miami.

Her career is full of great achievements, international prizes and records: in 2004 Zaha Hadid was the first woman to win the prestigious Pritzker, the most important architectural recognition, as well as the first female architect to receive the Royal Institute of British Architects medal gold.

In her career spanning thirty plus years, Zaha Hadid has always been an avant-garde in the world of architecture and design, a true breaktrough.

Experimentation in the combination of shapes and the mixing of materials and innovative technologies have always characterized its work: steel, titanium, glass and plastic unite with curved lines and soft shapes, giving life to that unmistakable, fluid and lightweight style that is immediately recognizable as Hadid’s creation.

Objects and buildings born out of her genius often recall forms inspired by those found in nature, with undulations and lines that outline perfectly smooth surfaces. A design that succeeds in mixing naturalness with the spirit of a strong modernist innovator, giving life to unprecedented creations that have revolutionized the way of interpreting the layout of constructions and the living spaces within it.

The projects signed by Zaha Hadid

Extremely versatile and always exalted, Zaha Hadid experimented with shapes and materials in every field: not only in architecture with many celebrated projects, but also in design, ranging from home furnishings and home accessories to fashion and jewellery.

Among the architectures she created we remember her first project, the Vitra Design Museum’s Fire Station, the London Aquatics Center, the location for the Olympics and Paralympics in 2012, and the MAXXI, the National Museum of XXI Century Arts in Rome .

As for the design objects she conceived, we mention the Flow vase, designed for the Italian company Serralunga and the collection of statuette trophies for the British Awards of 2016, one of her last creations. In the field of fashion and luxury, its unmistakable contribution has been seen in the Swarovski Caspita jewellery line, the Icon Bag designed for Louis Vuitton and the extraordinary footwear produced by Lacoste and the Brazilian company Melissa. 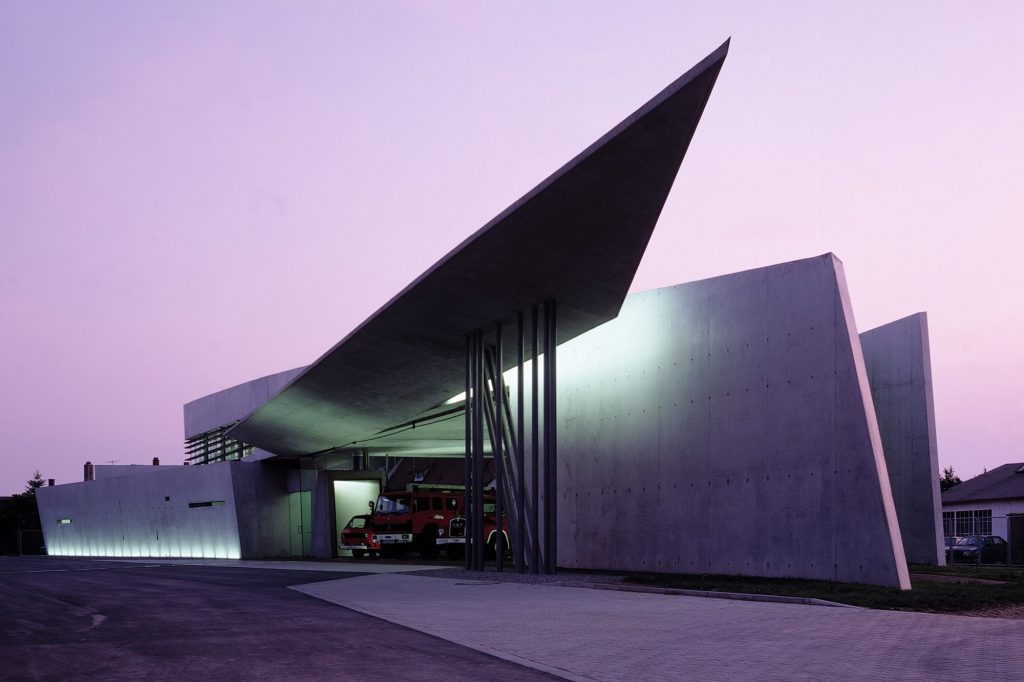 The Weil am Rhein (Germany) headquarters of the Swiss company Vitra, a designer furniture manufacturer, is a unique set of buildings designed by internationally renowned architects. Among the buildings of the complex, the Fire Station designed by Zaha Hadid stands out, a place currently used as an exhibition space where exhibitions and events organized by the Vitra Design Museum are held.

Designed in 1993, Hadid’s Fire Station is a reinforced concrete structure in which different layers of rigid forms come together and overlap, giving life to a building of completely unprecedented construction. Part of it seems to sink partially into the ground, while the considerable platform roof points to the sky, supported by three central supports unbalanced to one side as if they were falling: the Weil am Rhein Fire Station is undoubtedly an homage to Deconstructivism as well as an example of architecture that can be spectacular without resorting to purely ornamental elements. 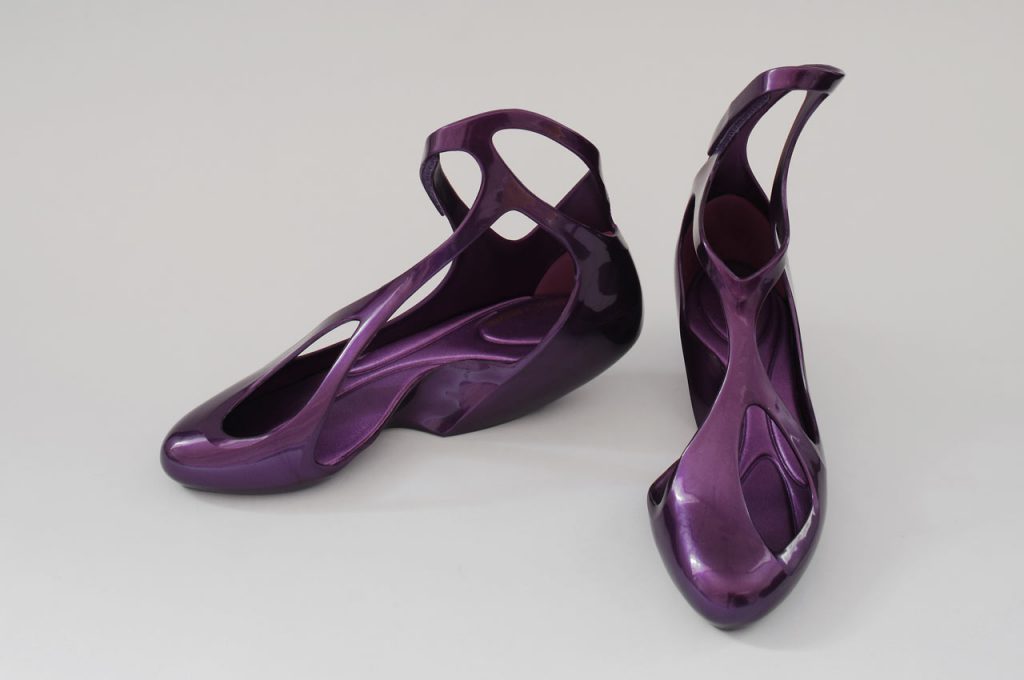 In fashion, among the Zaha Hadid designed accessories, the shoes designed for the Brazilian company Melissa stand out, already known for its Eco-sustainable footwear made of recycled plastic. Designed with the natural shapes of the human body in mind, Hadid’s shoes rise from the ground by wrapping the feet and ankles with asymmetrical, sinuous and rounded shapes: those that uniquely characterize all of Zaha Hadid’s creations.